Remembering the violence, hate crime and murder of trans people and gender diverse persons based on gender identity and gender expression

According to updates by the Transgender Europe (TGEU), 325 cases of murder of trans and gender diverse persons were reported between October 2016 and September 2017. This year’s update shows an increase of 30 cases from last year.

In total between January 2008 and September 2017, a total of 2,609 trans and gender diverse people were reported killed in 71 countries. Out of the total reported cases, 231 reported cases come from Asia.

February 2017 – Sameera Krishnan was brutally attacked, shot, tortured, mutilated and found dead in Pahang. Her case was reportedly investigated by the police. However, outcomes of the case are unknown.

May 2017 – An unnamed trans woman was found dead in her bedroom with both wrists bound with wirehair dryers and cable mobile phone charger in Kuala Lumpur. The body was found approximately 4 days after death due to the smell from decay.

August 2017 – A 22-year-old trans woman was reportedly murdered in Kuala Lumpur. This case did not appear in the media.

We also remember and highlight the case of a Thai trans woman in Penang in May 2017. The woman who is also a sex worker, sustained severe injuries and was almost killed due to multiple stabbing with a knife by a client over allegedly expensive rates.

Between 2007 and 2016, at least 10 cases of murder have been reported in the media. In these 10 cases, the trans women were subjected to brutal violence, including being beaten to death with a hammer, strangled, gagged, stabbed multiple times, physically assaulted, pushed from a building, drowned in a water retention pond, etc.

Its important to note that these are reported cases of murder, hate crime and violence. There are many cases of hate crime, murder and violence that go unreported (due to fear of reprisal or further violence, lack of trust in law enforcement agencies to investigate cases, lack of serious and meaningful investigation of cases, lack of friendly and inclusive reporting mechanism, among others), unnoticed (due to misgendering in the media among others) and silenced (due to shame by family members, fear of media sensationalization, among others).

The violence experienced by trans and gender diverse people do not happen in a vacuum, and it correlates with the broader discriminatory laws, policies, misinformation regarding gender identity and trans people, lack of positive and affirming representation in the media among many other factors. Criminalization of trans people increases barriers for trans people to access justice and continues to marginalize trans people. In addition, the lack of inclusive, sensitive and friendly redress mechanisms further limit access to justice for trans and gender diverse persons. 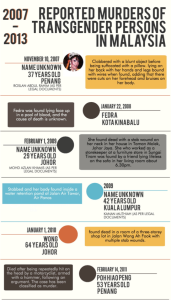 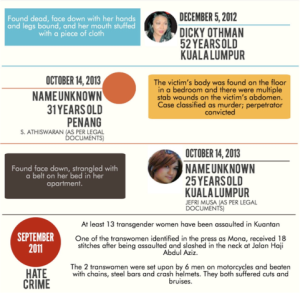 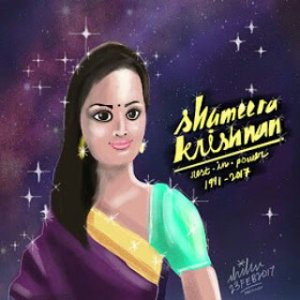